Documenting the street protests during the republican national convention 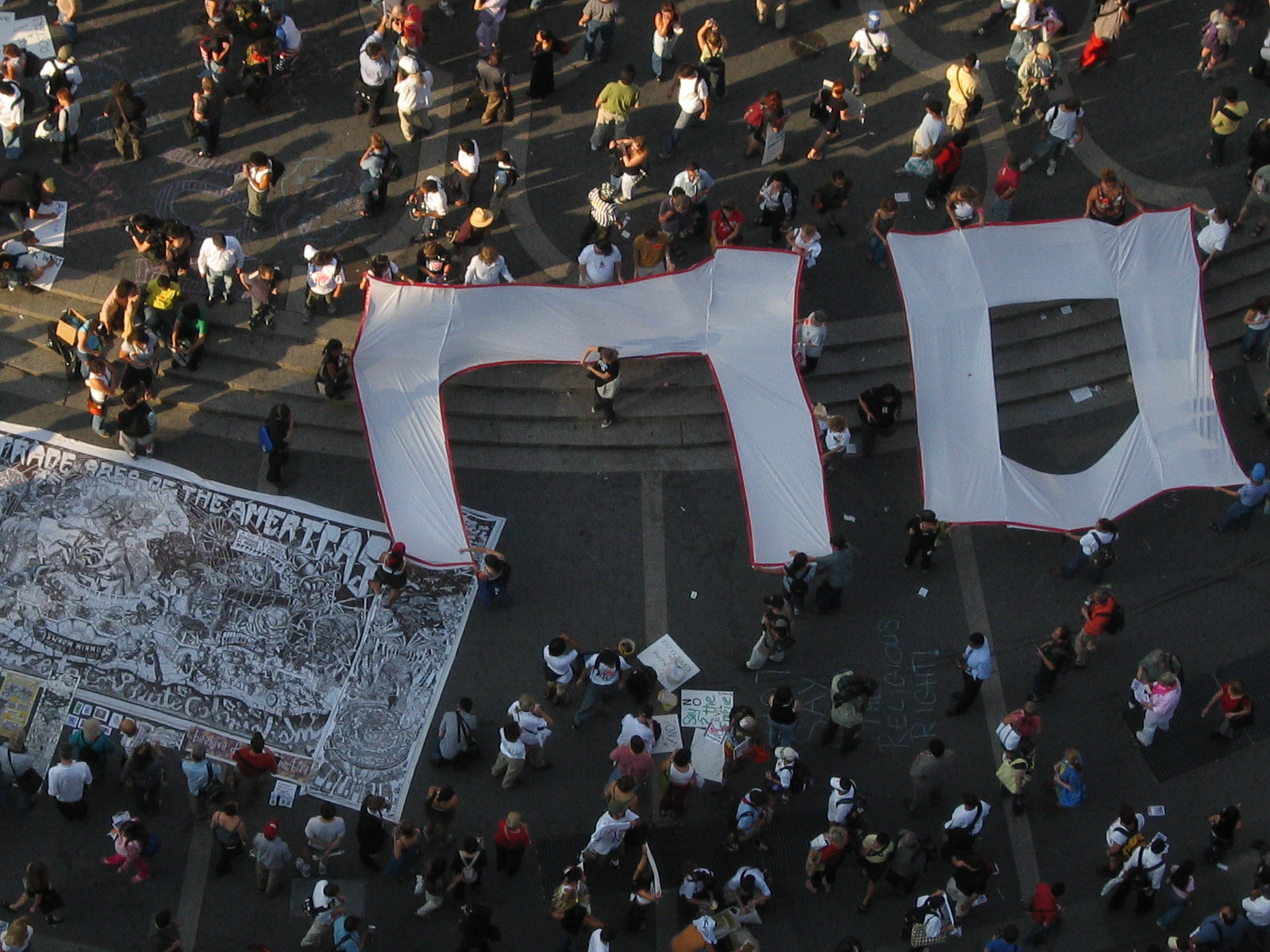 End of summer 2004, NY was chosen as the city to host republicans from the whole country to nominate their representant, talking about Bush. Manhattan became suddenly a complete dedicated perimeter security. New Yorkers, highly offended, got involved for a week in an unprecedented protest activity.

the case of mass arrests : Police tactics and Pier 57

Day 5 : As i was recording with my friend David Chalker filming, we got trapped in this closed block, a street adjoining Union Square. By chance i got out and didn’t go to Pier 57 where we knew that people were detained for a few days.

Among the people arrested was Eric Corley “Emmanuel Goldstein”, advocate of public rights and independent media, and editor of 2600: The Hacker Quarterly. His complete report of rnc 2004 here

The 2004 Republican National Convention, the presidential nominating convention of the Republican Party of the United States, took place from August 30 to September 2, 2004 at Madison Square Garden in New York City, New York. The convention is one of a series of historic quadrennial meetings at which the Republican candidate for President of the United States and party platform are formally adopted. Attendance included 2,509 delegates and 2,344 alternate delegates from the states, territories and overseas dependencies. The convention marked the formal end of the active primary election season.

The theme of the convention was “Fulfilling America’s Promise by Building a Safer World and a More Hopeful America.” Defining moments of the 2004 Republican National Convention include a featured keynote address by Zell Miller and the confirmation of the nomination of incumbent George W. Bush as the candidate for President and of incumbent Dick Cheney as the candidate for Vice President. Bush and Cheney faced the Democratic Party’s ticket of John Kerry and John Edwards in the 2004 presidential election.

The convention faced unprecedented protests in New York City throughout the week, including a massive march on the Sunday preceding the convention and repeated infiltration of the convention by protesters. 1806 people were officially arrested during the week, the vast majority on minor charges. ( wikipedia source )