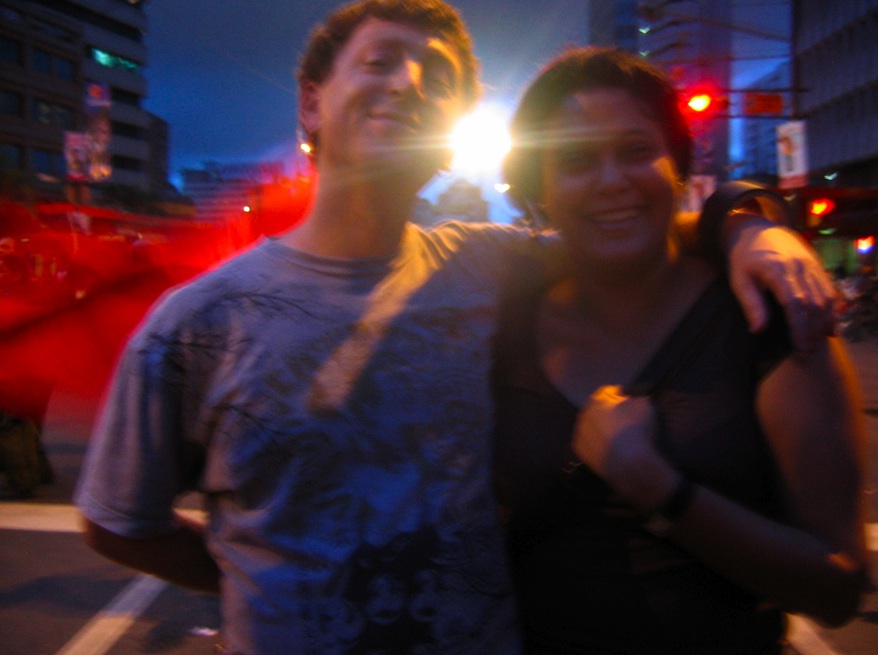 here is the thing,

my friend David Chalker from L.A has been filming for months now the campaign for governors and mayors here in Venezuela. He’s paying for his own documentary about democracy.

filming both the opposition and the chavistas, actually the opposition is a bit divided and some of the opponents have been disqualified for running.

he has invited me to come over and experience these particular moments for doing my sound recordings and portraits. I go with the crew to see all this crazyness and events and places i would have never been to. i will give David my sounds hoping that he will use them for the soundtrack of his film. And of course i will produce my own piece.

i arrived in Caracas last thursday, since then we are documenting everyday the very last week of campaign for the coming 23rd of november elections.

going to streets events to witness the Chavez fever, inauguration of a new street ‘s pavement in the middle upper class district of Chacao – where i stay by the way – for people to be able to walk from distance to distance (Caracas isn’t a city where you walk), large visit yesterday of the barrios of Catia, 23 de enero and Casalta, places you “don’t want to go”, as this weird realistic american expression says.

BUT I wanna go and see, and i have my entries, and those are friendship and curiosity.

here is the little sweet super lovely crew, a mix of venezuelans and americans, Carmen the producer is missing and i do too

For the press pass, this is “DEMOCRACY TV” 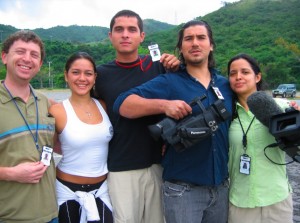 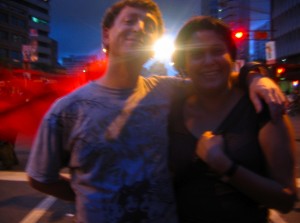 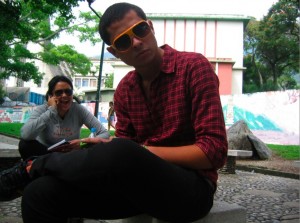 One thought on “democracy”