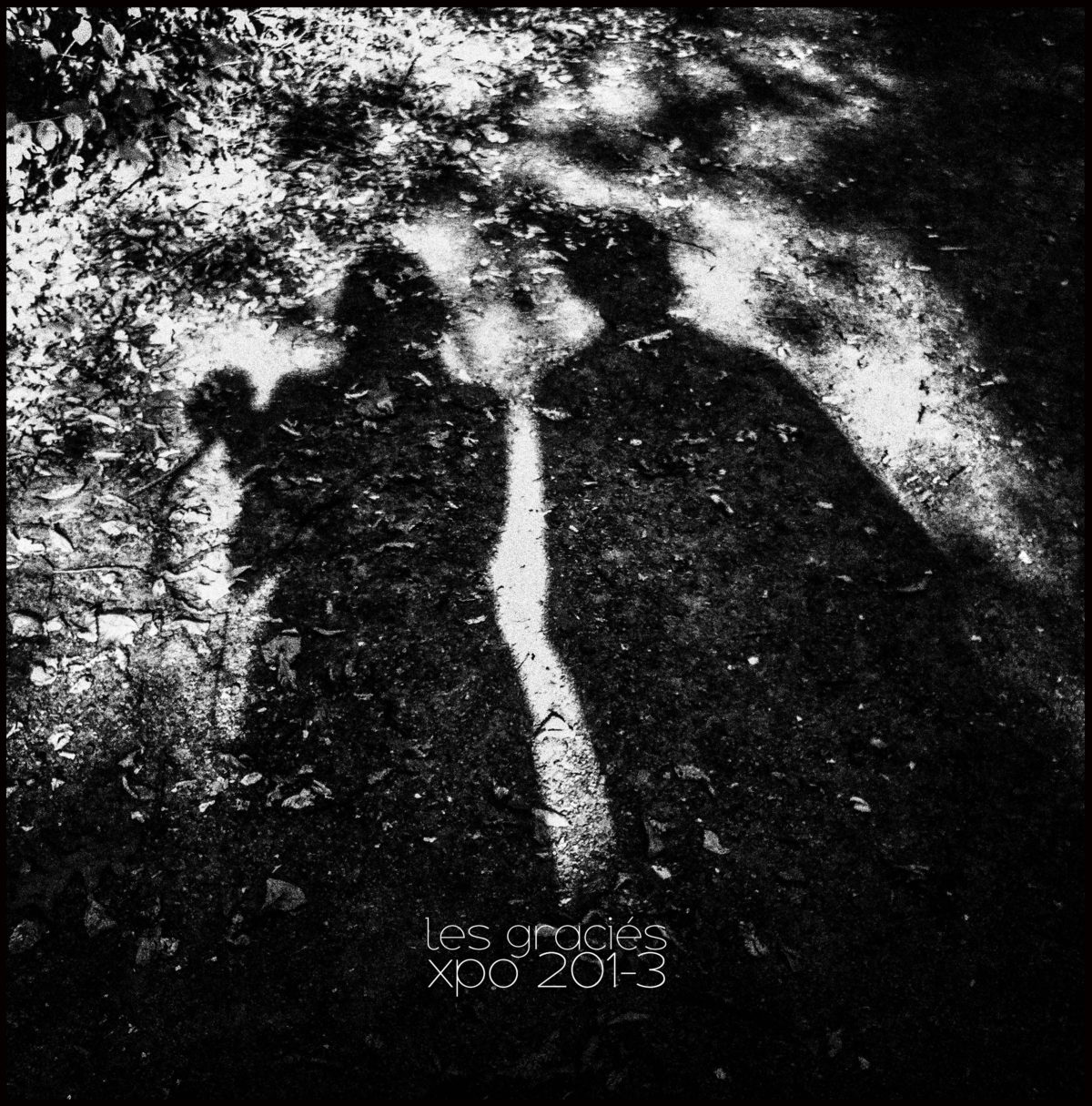 – /
listening ears open wide awaiting impulses
triggering synapses to bridge experiences
from that of the known to that of the unfamiliar
somehow habitual,
from brain to bloodstream, the sensation is one in which, one could lose themselves within the minutest of details
because in an instant the landscape to a new opening appears, a welcoming is there calling one to share ones truths
take comfort in the stimulative wide open listening
/ – /

Thank you / special mention :
Rroxymore for opening her studio to us on those Berlin’s days of december 2013 for mixing / mastering,
Joachim Montessuis for album artwork,
Al White and House Of Traps for the original visual used and reinterprated for artist artwork,
Isabelle Rabaud for her global eye.

in Music is My Sanctuary

While it is noted that these sessions were recorded from 2012-2013. No dust has settled on these free-roaming percussive ideas.

The nine-minute composition Into Wheel (LG) Version, by Les Graciés, carries a sheets of sound element to it. While the broken beat rhythmic pattern charges forth, two different atmospheric ideas pass the baton forward. It’s not an evolve or devolve move, more of a blossoming or giving away to another cordial and wooly audible. Gaël Segalen and Eric Douglas Porter aka Afrikan Sciences, collectively self-described as the “French-American tandem of a brother & a sister in sound”, play sonic hot potato by exchanging these on the fly phrasings. Operating as low and high-frequency call and response notations until the track evaporates out through a trap door amid a blitzkrieg of sound manipulation.

Les Graciés is a collaboration between Gaël Segalen of IhearU and Eric Douglas Porter of Afrikan Sciences. Following several years of musical exploration and recording, they released their debut LP Low Doses for Scotland’s Firecracker label in 2016. Put simply, their music is a fascinating melange of sound art and techno, moving beyond a collision of the two into a new realm of possibility. XPO 201-3 is an epilogue to Low Doses, which affords the pair “an opportunity to provide continued evidence of the power in which intersecting practices of sound/communication/technical exist alongside the mystic/hypnotic/spiritual”. “On The Rapid” starts with the feel of a raucous, syncopated house jam and sounds deftly modulated with a feeling of growth and propulsion. Voices appear deep enough in the mix to make you look over your shoulder to figure out where they’re coming from. Clanking bells sound like a passing train and an accompanying text reads: “The sounds of the multidimensional engines coincide with the chatter of indigenous market vendors.” It’s an immersive experience of improvised melodies and delicate synth work bathed in a flurry of noise. “Into Wheel (LG version)” is a new take on one of Segalen’s tracks from her album L’Ange le Sage. Whereas the initial version was a rattling exploration in sound, this one rumbles forward like the train heard in the previous track, an urgent tension growing into more rubato synth work. Electrics whir and sparks fly until the train comes to a stop. Beats splutter and jump, gasping for breath, caught and choked in time by a digital affray. “And Baby” is hard to pin down; A vocal sample lends the track its name, but straightforward sequences and phrases are nowhere to be found. Drum patterns come and go, reversed samples appear to present mournful sentiment. Crashing sounds overwhelm each movement and the lengthy conclusion ultimately becomes a slow death.